Facilities subject to the chemical accident prevention program are required first to conduct a hazard assessment. The primary purpose of the hazard assessment is to analyze the potential and historic danger posed by accidental chemical releases from processes containing chemicals regulated under the program to the community including risk to: offsite residences, schools, hospitals, commercial buildings, parks, and other recreational areas.

Two main elements comprise the hazard assessment. The first is called an off-site consequence analysis (OCA). The OCA integrates chemical properties and accidental release conditions into an air dispersion model to predict the area potentially affected by a chemical accident. The predicted area within the OCA is sometimes called a "hazard zone." The area within the hazard zone is an estimation of the area in which potential harm to the public and the environment beyond a facility's property could result from the modeled chemical accident. See depiction of a generic OCA below. 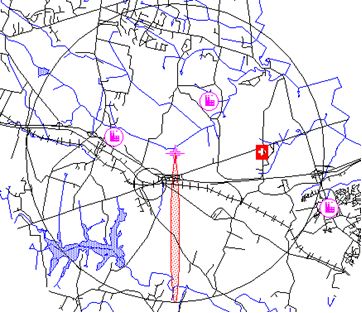 There are two types of OCA that must be considered. The first is called a worst-case scenario, which is based on conservative assumptions and is meant to represent a severe accident that is highly unlikely to occur. The purpose of the worst-case scenario is to determine the level of regulatory oversight, called prevention program levels.

The other element required by the hazard assessment is a review of accidents over the previous five years. The five-year accident history review is used to assess the impacts of previous accidents that have occurred at the facility.

In order to assess effectiveness of the program, a set of performance indicators is used to evaluate success. These indicators include measuring reductions in community vulnerabilities.

As the chart below indicates, the U.S. Census Bureau estimate that the North Carolina population has been steadily increasing over the last ten years while at the same time the reported modeled population within hazard zones has declined by approximately twenty five percent (25%) over the same timeframe. 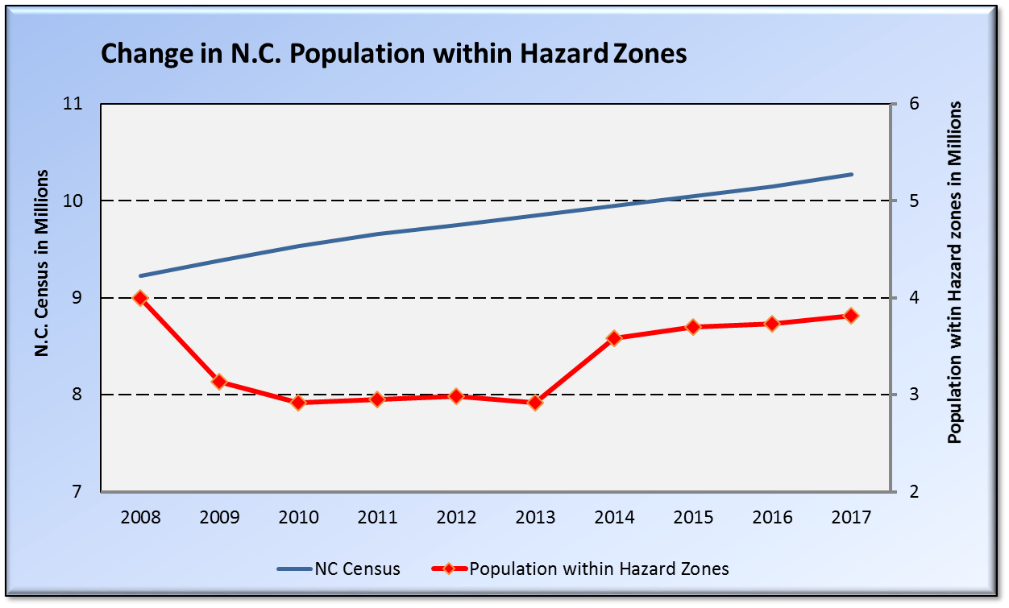 In order to achieve reductions in hazard zones, some facilities have chosen to adopted hazard mitigation strategies. This mitigation strategy is often called "Inherently Safer Design" or "Inherently Safer Technology." The principle of this strategy is to minimize or eliminate hazards where possible. The need to adopt inherent safety principles was highlighted in an August 2008 explosion at a chemical production plant in Institute, West Virginia.

In order to assess effectiveness of the program, a set of performance indicators is used to evaluate success. These indicators include measuring reductions in community vulnerabilities.