For many years there have been only two NO2 monitors in NC using a "federal reference method". 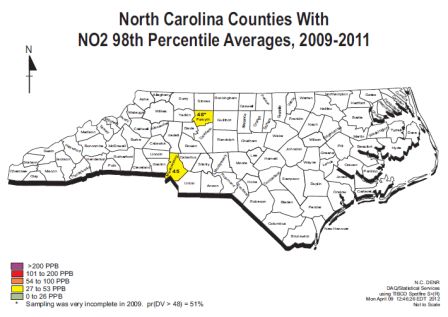 Table 1. The following table shows 3-year averages for the 98th percentile of daily maximum NO2 concentrations. The first column lists the county, the second lists the average value for that county. One county in this list, Forsyth, had valid samples for slightly fewer than half the expected days of the year in 2009. If there had been 365 valid sampling days, the average would have been higher with 51 percent probability and would have been lower with 32 percent probability.