Ed Mussler Exemplifies the Heart of a Public Servant

Solid Waste Section Chief Ed Mussler has been recognized with the Governor’s Award of Excellence for his work in public service. 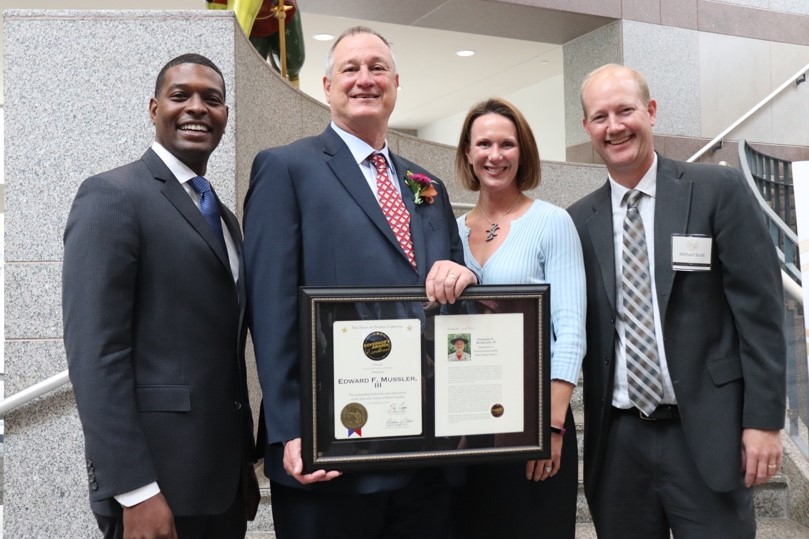 Some people are just born with a public servant’s heart. Edward F. “Ed” Mussler, III, has served the people of North Carolina through his work at the N.C. Department of Environmental Quality for more than 25 years and he’s also paid it forward as a leader in the Boy Scouts for just as long. Last week, he was honored with the Governor’s Award for Excellence in Public Service for his work with the Boy Scouts. 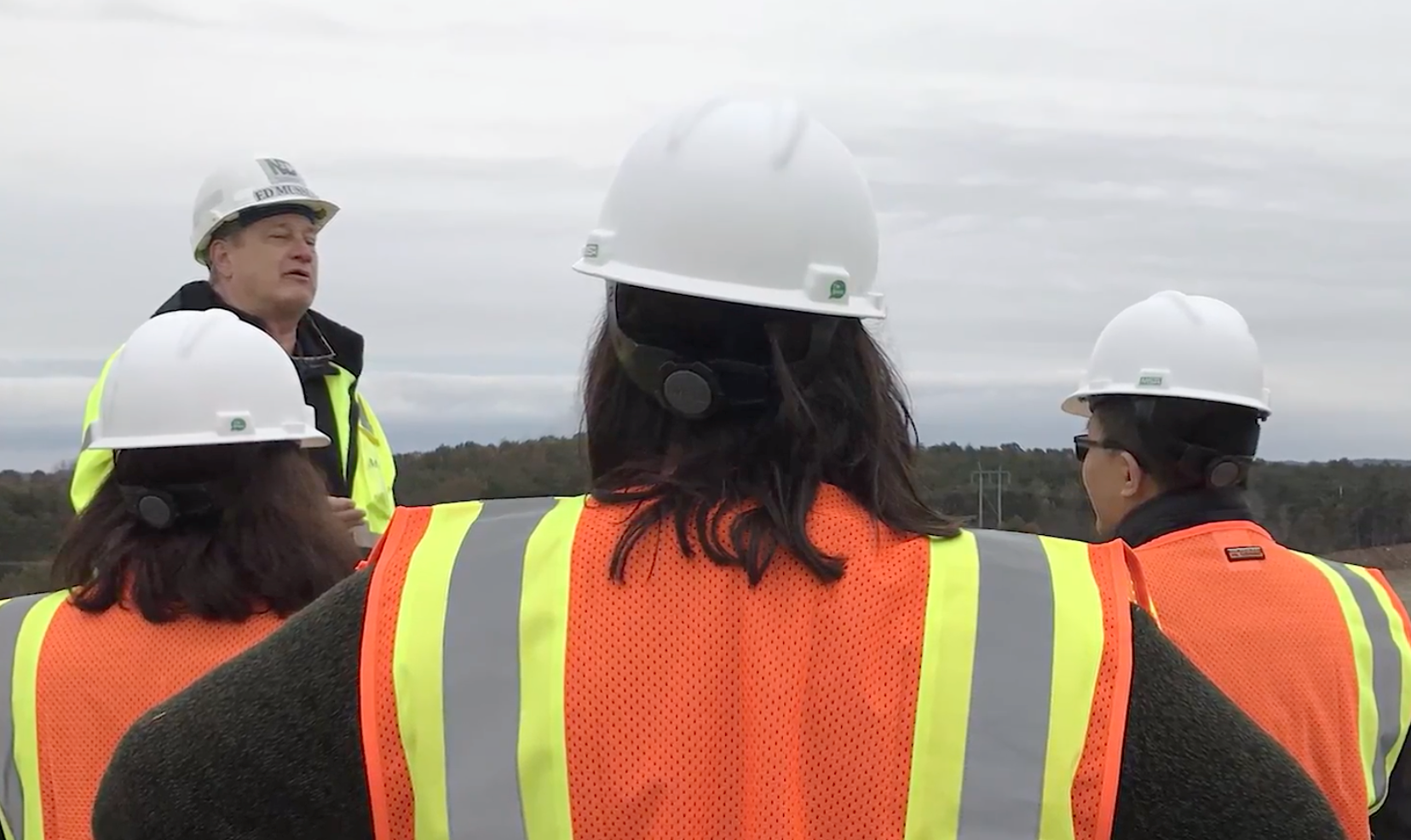 Ed began his work for the Solid Waste Section as an engineer in DEQ’s Division of Waste Management in February 1994; he then became Permitting Branch head in 2005 and was named the Section Chief in February of 2018.

He is most notably known for leading the department’s Coal Ash Team, which includes coordinating with the divisions of Water Resources and Energy, Mineral and Land Resources, on one of North Carolina’s most sensitive environmental issues.

After dedicating his day to the state’s environmental needs, Ed continues to serve as the Scout Master for Troop 357 in the Raleigh Chapter of Boy Scouts of America. His public service with North Carolina’s youth exemplifies the Governor’s Awards for Excellence in Public Service, one of the highest awards a state employee can receive.

“Ed received this award, not only for his technical and caring skills in our state but also for giving his time back to the community. He exemplifies public service in our community by dedicating his time to our youth in training and leading them on how to be excellent stewards of our environment,” said Michael Scott, Director of the Division of Waste Management. 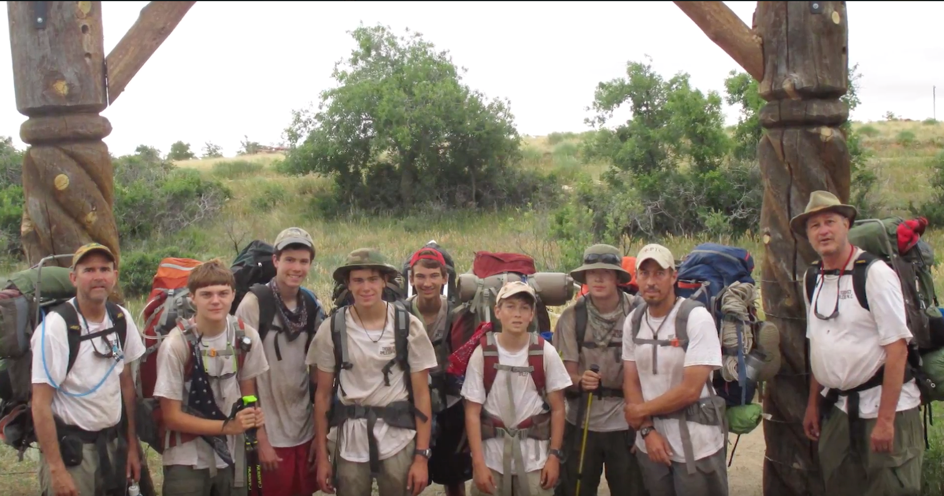 Ed has been a part of Boy Scouts of America since he was about five years old. The consummate Boy Scout, he has led Troop 357 in Raleigh for 25 years and has been a Scout Master for 18 of those years.

Ed says his continued commitment to this organization is due to the “the fellowship and number of friends that I had and continue to have throughout the years, thanks to the foundations of the organization.”

For Ed, scouting goes beyond camping and hiking. It allows him to educate the next generation of environmental stewards and leaders. But he also learns just as much from the experience.

Along with the friendships he has gained from scouting, one of Ed’s favorite things about the organization is the number of professional development opportunities it provides.

Through group dynamic trainings, Ed has learned how to understand the diversity in our youth as well as how their different strengths can be used in group settings. Through trainings like these, Ed supports and advises young men on how to be leaders and how to work with a variety of people. Understanding group dynamics has also proven beneficial in his capacity as section chief. Ed recognizes the strengths of his employees and how they each contribute to group projects.

Although Ed did not envision a career in public service, he is glad that this has become his life’s work and has been a way to use many of the leadership qualities he gained from the Boy Scouts.

Ed has learned how to strengthen his leadership skills as well as better serve his section and the state more efficiently and his leadership has been essential in DEQ’s tough, science-based decisions on the issue of coal ash. 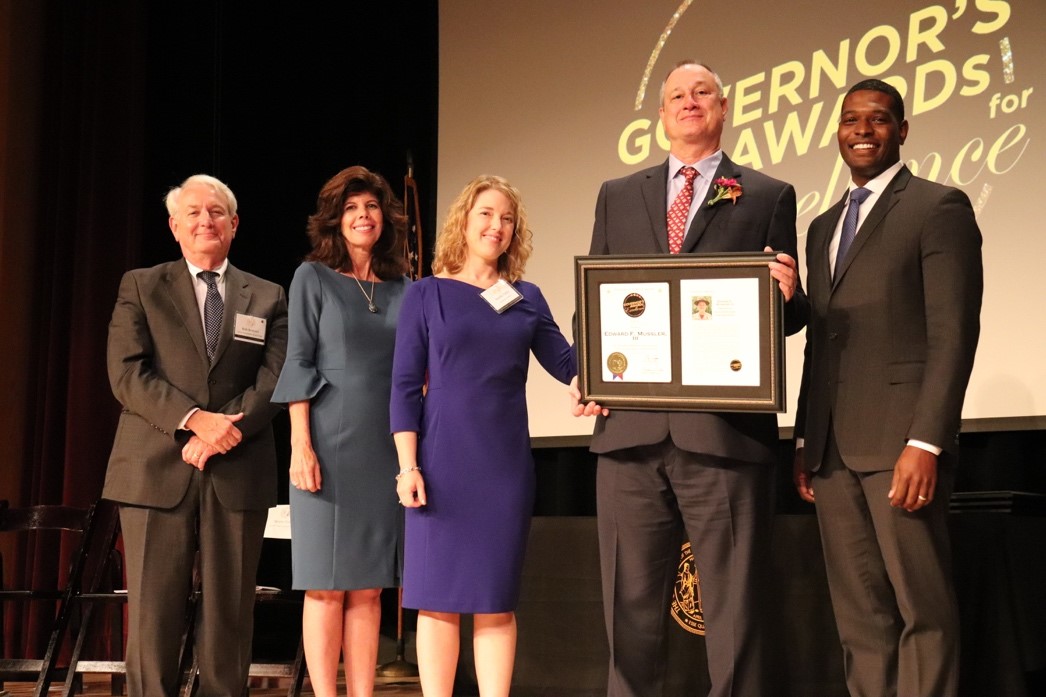 Always seeking new learning opportunities, Ed participated in the DEQ’s Natural Resources Leadership Institute (NRLI), where he gained leadership skills such as facilitation and negotiation that were both useful in his work and in his role as Scout Master.

Those skills are useful in developing strong leadership in the next generation, which Ed sees as an important task. Every year, he leads young men between the ages of 14 to 18 in brainstorming ideas, focusing on projects, creating their annual plan on what the troop would like to learn, and planning weekly meetings and outdoor activities.

Ed’s “commitment to public service, community, and the growth and development of our younger citizens is reflected in his involvement of graduating 106 Eagle Scouts in Troop 357,” said Elizabeth Werner, who has been his DEQ colleague for 19 years.

As a role model to many young men throughout the years, Ed always has taken his Boy Scout leadership role seriously – even making himself available during his lunch for the scouts preparing for their Eagle Scout badge, which is the highest honor a Boy Scout can receive. Receiving this honor requires many hours of planning and working on a service project that will involve the community. Ed uses skills learned from all of his combined professional opportunities to assist the youth in focusing on a project fit for each scout. His goal is that the scouts can then use the skills they have learned to share with the greater community.

“Scout Master Ed had such a great program that kept me interested throughout the eight years that I have known him,” said Adam Mottershead, an Eagle Scout and former DEQ intern.

Another scout from Ed’s troop now serves as a riverkeeper in Western North Carolina due to the environmental interests that Ed helped him discover.

In every role that he serves, whether it is as a Scout Master or section chief, Ed’s motto is to “do the right thing for the right reason, not because anybody is watching.”