The Division of Marine Fisheries’ Shellfish Sanitation and Recreational Water Quality Section is responsible for monitoring and classifying coastal waters as to their suitability for shellfish harvesting for human consumption.
The National Shellfish Sanitation Program requires a shoreline survey to identify and evaluate all actual and potential sources of pollution that could contribute pathogens or other harmful substances to growing waters where they may be filtered and concentrated by shellfish. The division’s Shellfish Sanitation and Recreational Water Quality Section conducts these surveys every three years on the entire shoreline and adjacent watershed of each shellfish growing area.

Shoreline survey staff evaluate wastewater treatment plants, onsite septic systems, marinas, stormwater conveyances, subdivisions, concentrations of animals (both wildlife and domestic), and any other areas of concern. Each pollution source is mapped with GPS coordinates, and potential impacts to shellfish growing waters are summarized in a Shoreline Survey Report. The surveys are updated annually to document changes to pollution sources that could affect classification of shellfish waters.

Here are the names and faces of those who do this work: 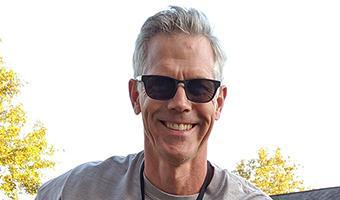 Jeremy Humphrey received a B.S. in Marine Biology from the University of North Carolina at Wilmington in 1994. He joined the Division of Marine Fisheries staff in January 1996 as a technician with the Fisheries Management Section in the Manteo field office, where he was involved in various fisheries dependent and independent programs. In 1998, he left the Fisheries Management Section for a brief stint leading the oyster disease lab and assisting with other programs in Morehead City within what was then known as the Resource Enhancement Section. In 1999, Jeremy joined the Shellfish Sanitation and Recreational Water Quality Section as a recreational water sampler in the southern region of the state. He became a Registered Environmental Health Specialist in 2007 and moved to the Shoreline Survey Program in 2008. In his spare time, Jeremy enjoys fishing and design, construction, and repair of just about anything. 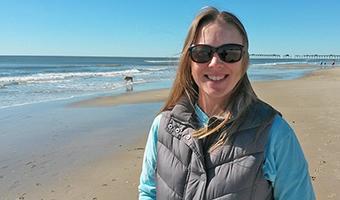 Valerie Wunderly holds a B.S. in Environmental Science with a minor in Chemistry from the University of North Carolina Wilmington (2002). Prior to joining state government, Valerie worked as a research technician at the NOAA Beaufort Lab studying erosion and accretion rates of saltmarsh shorelines. Valerie joined the Shellfish Sanitation and Recreational Water Quality Section in 2007 as a microbiological laboratory technician. She worked in the section’s laboratory for four years and worked collecting water samples for the Recreational Water Quality Program for four years. Valerie moved to the Habitat and Enhancement Section in 2015, where she served as the Shellfish Lease Program coordinator. In December 2016, Valerie returned to the Shellfish Sanitation and Recreational Water Quality Section to take on her current role as an environmental specialist overseeing the Shoreline Survey Program. When not working, Valerie enjoys spending time at the beach with her husband, Ben, and son, Luke. 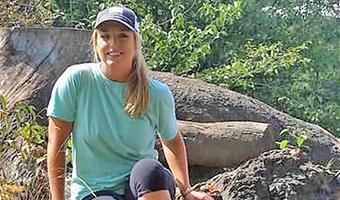 Shannon Myers joined the division as an environmental specialist in March 2017. Shannon holds a B.S. in Environmental Technology and Management (2012) with a minor in Environmental Toxicology from North Carolina State University, and she completed her M.S. in Public Administration from Villanova in 2018. Prior to coming to the division, Shannon worked as the stormwater quality coordinator for the City of Jacksonville, where she earned her Stormwater BMP Inspection and Maintenance Certification. In her free time, Shannon enjoys spending time with her family (which includes their beloved dogs), hiking, boating and fishing. 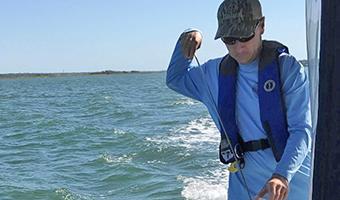 Matthew Stokley received a B.S. in Environmental Science from the University of North Carolina Wilmington in 2003. Immediately after graduation, Matthew joined the Shellfish Sanitation and Recreational Water Quality Section as a recreational water sampler in the southern region of the state. In 2007, Matthew moved to the Shellfish Growing Areas Program as a shellfish water sampler for the section. In June 2019, Matthew began his new role as a shoreline surveyor in the southern region of the state. Matthew’s hobbies include fishing and hunting. 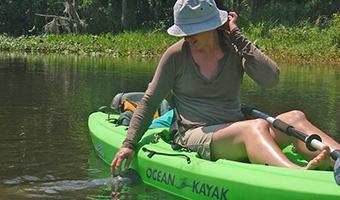 Kacee Zinn is the newest member of the shoreline survey staff, joining the division as an environmental specialist in August 2019. Kacee holds a B.S. in Zoology from North Carolina State University (2005). She worked briefly as a technician for the North Carolina Wildlife Resources Commission conducting freshwater fish and mussel surveys. Kacee served nine years as a park ranger with N.C. Division of State Parks at Kerr Lake, Falls Lake, and Jockey’s Ridge State Park. She spent four years with the Dare County Environmental Health Department, where she became a Registered Environmental Health Specialist. When she’s not at work, Kacee can be found at the beach, hiking, or kayaking.