There are three commonly caught species of flounder in North Carolina. 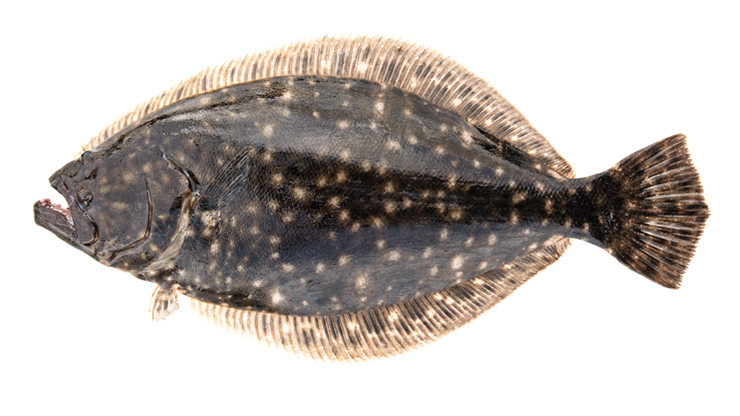 Click here to view management info about this species

Description: A flat, oval-shaped fish found throughout North Carolina’s estuaries. Southern flounder are brown on their left side with numerous dark and light spots and blotches, but they are not ringed or ocellated as are other flounder species. The right side of a southern flounder is white.

Size: Typical Southern flounder catches range from 15 to 18 inches, but the fish can grow to as large as 33 inches.

Habitat: Southern flounder are found in the oceans and estuarine waters along the Atlantic seaboard from Virginia to southeast Florida and in the Gulf of Mexico.

Eating habits: Southern flounder are predators that ambush prey from the bottom where they lie camouflaged under a thin layer of mud or sand. Large flounder feed on blue crab, shrimp and other fish.

Life cycle: Southern flounder spend the early portion of their lives in the lower-salinity portions of the coastal rivers and sounds. The fish reach sexual maturity around age 2 and spawn offshore in the fall and winter. The post-larval and juvenile fish move into the estuarine nursery areas for food and cover.

Fishing tips: Anglers catch Southern flounder using live fish, such as finger mullet, on a single-hooked rig and artificial lures. Southern flounder are caught under bridges and docks and in the nearshore ocean. Fishermen plug for flounder with jigs along soundside marshes. They also catch flounder at night with gigs and spears from boats equipped with lights. 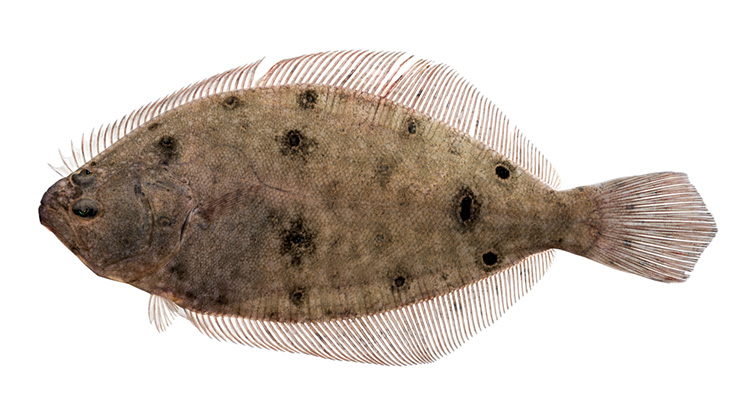 Click here to view management info about this species

Description: A flat, disc-shaped fish that is white on the right side and brown, gray or olive on the left side. The colored side has three distinct ocellated dark brown spots near the tail that form a triangle pointing to the head. There are usually other spots on the side nearer to the head.

Size: Summer flounder grow to 32 inches, but catches typically range from 10 to 16 inches.

Habitat: Summer flounder are found from Massachusetts to Florida, but are most abundant from Delaware to Cape Lookout, N.C. They inhabit high-salinity coastal and estuarine waters in the spring and summer but move offshore in the winter. They often camouflage themselves under a thin layer of sand.

Eating habits: Summer flounder are active predators that swim vigorously to chase their prey. They feed on shrimp, crabs and other fish.

Life cycle: Summer flounder spawn at sea in the fall and winter. Currents and winds carry the larvae to coastal and estuarine nursery areas where they live for the first 18 to 20 months of their lives. Afterward, they move into the ocean where they mature and join migratory adult fish. The maximum age is 15. 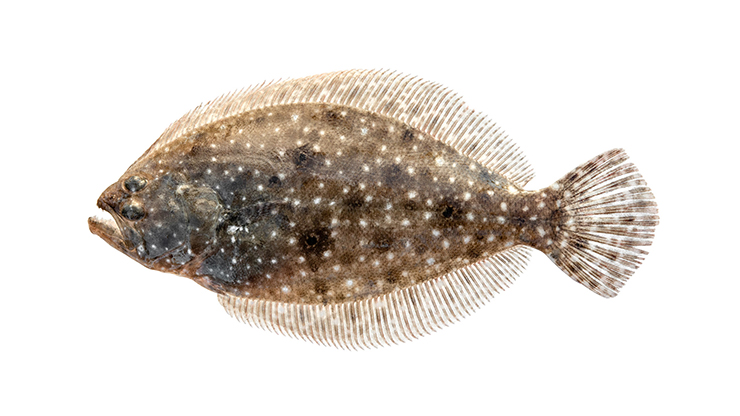 Description: The Gulf flounder has the familiar flat, rounded body and olive-brown color of other flounders that can change shade depending on the color of the bottom. It has three prominent, ocellated dark spots arranged in a triangle on its eyed side. One spot is above and one is below the lateral line while the third is in the middle of the line. The spots may become obscure in larger fish. There are also numerous white spots scattered over the body and fins.

Size: Gulf flounder are common up to 2 pounds.

Habitat: Gulf flounder are found nearshore on rocky reefs and inshore, ranging into tidal creeks, on sandy or muddy bottoms.

Life cycle: Spawning occurs from October through February off the southeast Atlantic and Gulf coasts as water temperatures drop from about 73 degrees to 57 degrees Fahrenheit. Both sexes reach sexual maturity around age 2. Juveniles migrate into estuarine nursery areas from January through April where the young fish find food and shelter.

Fishing tips: Flounder are caught by hook and line, using bottom rigs with live fish, such as finger mullet and artificial lures, by gigging or in nets. In recent years, a robust fishery for this species has developed on nearshore ocean wrecks, ledges and hard bottom areas.

No award given for these species.

Persons engaged in recreational fishing in North Carolina coastal waters are required to possess a Coastal Recreational Fishing License in accordance with G.S. 113-174.2.