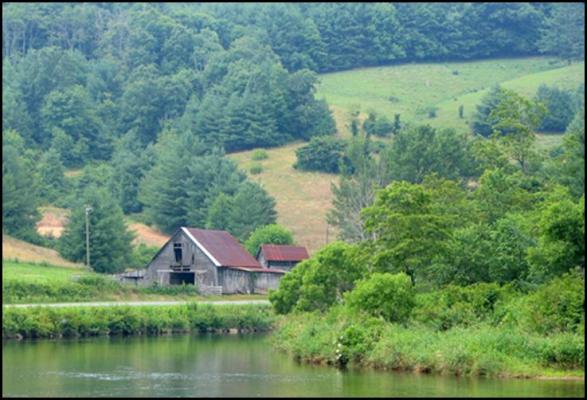 The total area of the New River basin in North Carolina is 753 square miles and includes 21 14-digit HUs falling within a single eight-digit CU (05050001). The New River originates at the confluence of the South and North Fork New rivers along the Ashe-Alleghany county line in extreme northwestern North Carolina.
The New River flows north-northeast into Virginia and West Virginia, where it joins the Gauley River to form the Kanawha River. The North Carolina portion of the New River is located in the Blue Ridge physiographic province (and ecoregion) of the southern Appalachian Mountains. Within North Carolina, the North Fork New River, South Fork New River and Little River all drain portions of the New River Plateau as they flow to the New River.
The basin encompasses all or portions of three North Carolina counties (Watauga, Ashe and Alleghany) and six municipalities, including the towns of Boone, Blowing Rock, Jefferson and Sparta. The estimated total population in the basin in 2000 was 50,000, with over 25 percent of this total living in the Town of Boone. The population is projected to grow to approximately 57,000 by 2020.
Overall land cover in the North Carolina portion of the New River Basin is approximately 70 percent forested (including wetland areas), 24 percent agricultural and six percent developed. Developed land (and associated impervious cover) is concentrated primarily along major transportation corridors in the basin and within six municipalities -- the towns of Blowing Rock and Boone in Watauga County; Lansing, Jefferson and West Jefferson in Ashe County; and Sparta in Alleghany County.
The 2005 RBRP identified six local watersheds (14-digit HUs) to be targeted for stream, wetland and riparian-buffer restoration and protection efforts in the basin in North Carolina. The 2009 RBRP update added two additional Targeted Local Watersheds, giving an updated total of eight TLWs in the basin.