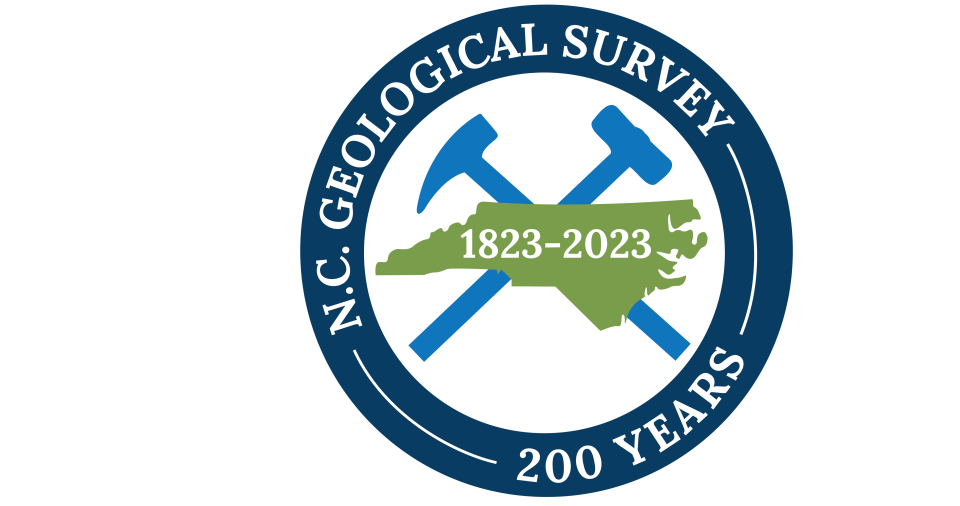 The North Carolina Geological Survey, the first in the nation, will celebrate its 200th anniversary on Dec. 31, 2023. To honor this historic occasion, the Survey is planning celebratory events throughout 2023. Check back to this page often as we set dates for all of the festivities.

Who We Are and What We Do

The North Carolina Geological Survey provides unbiased and technically accurate earth science information to address the needs of North Carolina and its citizens. This earth science information includes geologic maps, mineral resource and geochemical information, topographic maps and digital products and earth science education initiatives. The Survey examines, surveys and maps the geology, mineral resources and topography of the state, while encouraging the wise conservation and use of geologic resources by industry, commerce, agriculture and government for the general welfare of North Carolinians and visitors.

History of the NC Geological Survey

Denison Olmsted, professor at the University of North Carolina Chapel Hill and an 1813 graduate of Yale, published several papers on the minerals, rocks and geology of North Carolina in the American Journal of Science. The first of the papers, published in 1820, is one of the first known scientific articles about the geology of our state.  Olmsted proposed the idea of a State geological and mineralogical survey to the state Board of Internal Improvements in 1821. His original request was denied by the Board that year, but his persistence paid off on December 31, 1823, when an act to conduct a "Geological and Mineralogical Survey" of North Carolina was ratified by the General Assembly. This act made it the duty of the "Board of Agriculture of North Carolina to employ some person of competent skill and science to commence and carry on a geological and mineralogical survey of the various regions of the State." Because of his interest and experience, Olmsted was chosen as this person.

Receiving a yearly salary of $250, Olmsted traveled the state on horseback from Cape Lookout as far west as the Great Smoky Mountains, collecting and describing fossils and minerals. In his “Report on the Geology of North-Carolina, Part I,” dated November 10, 1824, Olmsted described the many different types of rocks found in the state, as well as the extent of gold mining in the Piedmont. In a second report, Olmsted described the rock types west of the Carolina slate belt and produced the first geologic map of North Carolina, dated November 1825. Hand-drafted with color inks, the map displays eight geologic divisions. This map is considered to be the oldest geologic map of an individual state in the United States and still survives at the North Carolina Division of Archives and History in Raleigh. Olmsted resigned in 1825 to teach at Yale.

After Olmsted's resignation, Elisha Mitchell of the University of North Carolina and a former Yale classmate of Olmsted's, assumed responsibility for the survey. Mitchell made a determined but unsuccessful attempt to continue the work started by Olmsted and even made two additional reports to the Board of Agriculture. In his diary, Mitchell lamented, "The Geological Survey dies a natural death at the end of this year. There is no one who takes any interest in the business, nor, in the present state of the treasury did I find there was the least prospect in succeeding in my applications to the legislature, and therefore gave it up at once." Little did Mitchell know that the Industrial Revolution in the United States throughout the late 1800s and early 1900s would put a renewed interest on the geological and mineralogical resources of North Carolina!

Olmsted's survey was the first geologic work performed at the public's expense in the United States - qualifying as our Nation's first geological survey. His work that began in 1823 transformed over the next 200 years into the institution that is now known as the North Carolina Geological Survey.