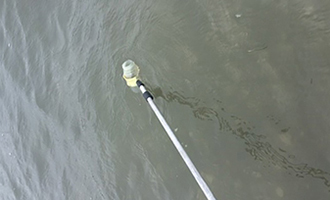 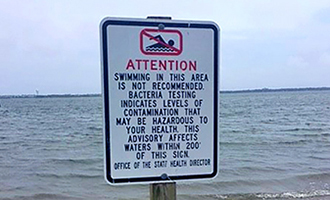 There’s an easy way for beachgoers, anglers and other coastal water users to stay up-to-date on water quality in areas where they work and play. The Division of Marine Fisheries’ Recreational Water Quality Program monitors the most popular areas.

The division’s Shellfish Sanitation and Recreational Water Quality Section began monitoring coastal recreational water quality in 1997. Soon after, in 2000, the federal Beaches Environmental Assessment and Coastal Health Act was passed. The BEACH Act requires all coastal states to develop criteria for testing, monitoring and notifying public users if water quality standards for bacteria are exceeded. Because North Carolina began the program prior to the BEACH Act, the state quickly came into full compliance with all federal requirements.

The program tests highly used (Tier 1) beaches weekly from April 1 through Oct.31. Swimming areas are classified based on recreational use and are referred to as tiers. Recreational waters are tested for a bacteria group called Enterococci, which is found in the guts of humans and warm-blooded animals. Enterococci bacteria are not known to be harmful themselves, but are associated with other pathogenic organisms that can cause illness.

Illness-causing organisms can come from poorly treated wastewater from sewage treatment plants, malfunctioning septic systems and boat discharges. Storm water runoff from agricultural and urban areas can deliver pathogens from humans, livestock, wildlife and pets into recreational waters, as well. Swimming, surfing or otherwise contacting waters that are a under a swimming advisory may increase the risk of illness. The most common illnesses associated with polluted water are gastrointestinal diseases, caused by bacteria, viruses and parasitic protozoa. Ear, nose, throat, skin, and respiratory infections are also commonly associated with swimming in contaminated water.

North Carolina’s coastal recreational waters are generally clean, and the state repeatedly ranks amongst the highest in the nation in coastal water quality. On average, the Recreational Water Quality Program collects around 6,000 water samples each year, and less than 2 percent of samples exceed the water quality standard that warrants a swimming advisory. The relatively low number of advisories and total days posted show that the problems are primarily localized and temporary.

For more information on the Recreational Water Quality Program and to view a current list of swimming advisories, visit the programs’ website or on Twitter @ncrecprgm.