They are not the staff lead biologists seen at fisheries meetings and quoted in the news media, but they do play an integral role in fisheries management.

Meet some of the Division of Marine Fisheries’ technicians, the behind-the-scenes field staff who gather biological data on North Carolina’s important fisheries.

The division’s Manteo field office has two experienced technicians that have worked on some of the division’s fishery independent programs for more than 15 years. Stan Ward began working full time in the field office in 2003 and and Mike Binkley in 2001. Both are gill net technicians working on the Pamlico Sound Gill Net Survey. Their sampling takes them across eastern Pamlico Sound along the Outer Banks from Manteo to Ocracoke. A typical day of sampling includes setting research nets in the evening as the sun sets and navigating back to the dock at twilight only to return the next morning well before the sun rises to retrieve their nets and collect valuable fisheries and environmental data that division biologists depend on to monitor fish stocks. To safely and effectively conduct their job, they must be skilled at navigating and sampling in challenging conditions, working with watermen they encounter, maintaining gear, vehicles and trucks. They also must spend time in the office coding and verifying the accuracy of their data. Their dedication to their job and their experience makes them a valuable asset to the division. Besides the gill net survey, both Stan and Mike work on various other projects as needed. 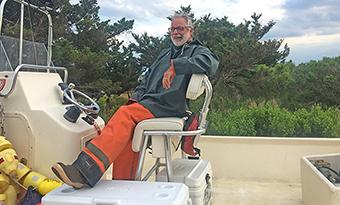 Stan Ward was raised in Manteo. His career started at age 14 when he became a commercial fisherman, harvesting and selling soft blue crabs. At age 18, he began work on a commercial flounder trawl boat, fishing mostly off the coast of Virginia. Later, he decided to continue commercial fishing for hard blue crabs and a variety of finfish using estuarine gill nets. In addition, Ward supplemented his work with professional carpentry. In the late 1990s, Stan began working with the division’s Manteo Field Office as a temporary oyster rehabilitation technician. He worked on this project for five years. He later accepted a full-time position with the Fisheries Management Section as a gill net technician where he has remained since 2003. Stan is passionate about spending time on the water, fishing and working with gill nets, which is why his current position has been so rewarding. Stan is a jack of all trades and, besides his work, is passionate about spending time with his wife and family, art, photography, wood working, and crafting anything he sets his mind to using the right tools and a little hard work. 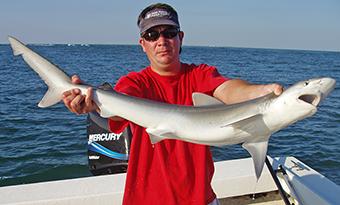 Mike Binkley was born and raised in Salisbury, Maryland. He attended the University of North Carolina Wilmington. His career started in Wilmington when he accepted an internship with the division in the Wilmington Regional Office where he got lots of experience with gill netting, shrimp trawling and commercial fish house sampling. After that, he worked at a bait and tackle store in Wilmington before accepting a full-time position with Fisheries Management in the Manteo Field Office in 2001. Mike lives his passion at work. On his time off, he often finds himself right back on the water recreational fishing and duck hunting. He is married and has two beautiful daughters. When he is not fishing or hunting, you can find him spending time with his family, grilling and gardening. 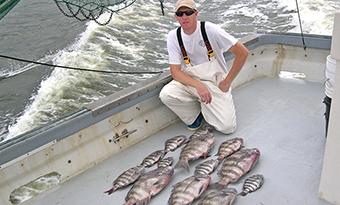 Chris Braddy is a Fisheries Technician in the Washington Regional Office. Originally from Blounts Creek in Beaufort County, he started his career with the division in 1998 as a temporary gill net technician in Washington working on a disease incidence study on the Neuse, Pamlico and Pungo rivers. In 2000, he moved into a permanent technician position. That same year he also attended federal fishery observer training at Woods Hole Oceanographic Institute. Chris’ current duties are diverse and range from sampling commercial catches to participating in research cruises to repairing boats. Primarily, he samples commercial catches in local fish and crab houses to collect data on the species caught, their size and weight, capture location and gear. He also secures fish for age and maturity studies. When not in a fish or crab house, he can be found on the water conducting fishery-independent sampling for the division.

He participates in most division sampling programs including seine sampling for juvenile striped bass and red drum, trawl sampling for juvenile striped bass, spot, Atlantic croaker, southern flounder, shrimp, blue crab, weakfish, and spotted seatrout, or gill net sampling for striped bass, red drum, spotted seatrout, southern flounder, and striped mullet. He also electrofishes to tag fish, extracts age structures and genetic and maturity samples, deploys acoustic receivers and water quality monitoring devices, and makes sure all the data he collects is reviewed and logged for entry into the division’s biological database. Chris is also a jack of all trades, assisting in some way with most fisheries programs at the Washington office. Outside of his job, he loves to hunt, fish offshore, work in taxidermy, work on the farm and hike/play with his dog Putty (a blue heeler).

Chris’s typical workday is 8 a.m. to 5 p.m., but in the life of a fisheries technician hours may vary from working at 2 a.m.  to 9 p.m. He usually starts a day at work by checking emails and weather, and then either heading to fish and crab houses, or heading out on the water to work on various programs. Those days in the field may last anywhere from a few hours to more than 12 hours on the water. Chris also serves as the Washington office representative on the division’s Safety Committee which requires him to review and assist in drafting safety policies. Often, if Chris isn’t sampling, his work involves making or repairing gear, doing routine equipment maintenance, coding data, or assisting the office in addressing safety issues or other office related tasks. 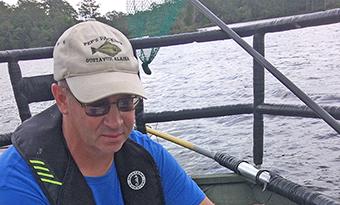 Marc Hamric is the senior fishery technician in the Morehead City Central District Office. Originally from Greensboro, Marc continued his education after high school at Wayne Community College where he received an associate degree in fisheries and wildlife management in 1994. Shortly after, he began work with the division as a temporary technician with the Artificial Reef Program where he participated in reef deployments and fish assemblage surveys. In 1997, Marc accepted a permanent position as a fisheries technician in the Fishery Management Section. His duties in this position run the gambit of fishery independent and fishery dependent survey work. He is responsible for collecting biological and trip information for the snapper/grouper, flounder trawl, and striped mullet fisheries occurring in the division’s Central District and is the lead field technician for the juvenile trawl, red drum seine, and striped mullet electroshocking survey in the district. Marc is also responsible for much of the fish tagging that occurs in this area. Outside of work, Marc enjoys deer hunting and fishing (except trolling!) and is one of the best snapper/grouper fisherman you could share a boat with. At home, he enjoys spending time with his wife, Tina, and their three dachshunds.

A workday for Marc could be categorized two ways: an office day or a field day. Office days usually follow a typical 8 a.m. to 5 p.m. work schedule and consist of data entry and verification for the numerous sampling programs generating data in the district. Marc also serves on the Striped Mullet Plan Development Team (an internal division workgroup), which requires him to review and assist in drafting technical documents for assessments and fishery management plans and attend meetings to discuss species management issues. Field days can start as early as 5 a.m. and extend well into the evening, and sometimes include weekends. On days where Marc samples fish at the fish house, he typically is on the phone by 7 a.m. surveying the local fish houses for activity. Depending on the fishery and time of year, Marc can spend all day or just a few hours at the fish house weighing, measuring, and collecting aging structures from fish. Days where Marc performs fishery independent sampling, like the juvenile trawl survey or fish tagging, depend on the tide and weather and can begin before sunrise. These days he starts by prepping the boat for the day, briefing the other technicians on plans and safety considerations, and traveling to the survey sites. Most field days last for eight hours but can be as long as 16 hours with most of that time on the water. Data collected during these trips are coded on data sheets during office days or, if the sampling season is intense, at home in the evenings or on the weekends 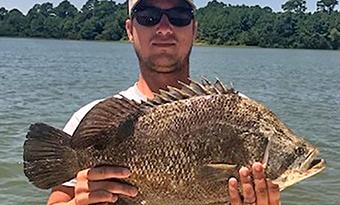 John Perry is a fishery technician for the Wilmington Regional Office. Originally from Jacksonville, he started his career with the division as an intern while attending the University of North Carolina at Wilmington. Shortly after graduating with a bachelor’s degree in Marine Biology, John worked his way up from a temporary technician to his current position as head technician/tagging guru. John’s duties include: dependent sampling with the Estuarine Gill Net and Seine Sampling (Program 461) and Commercial Gig Fishing Survey (Program 476), independent sampling with the Juvenile Anadramous Survey (Program 100), N.C. Estuarine Trawl Survey (Program 120) and the Red Drum Juvenile Survey (Program 123), collection of aging samples (Program 930), electrofishing/tagging (Program 366), and shrimp management. Outside of work his interests include fishing, hunting, surfing, and traveling with his wife, Andrea.

A typical workday starts at 8 a.m. and ends at 5 p.m. Upon arriving at the office, John calls local fish houses, checks emails, and/or codes and reviews data. John’s range covers fish houses in Sneads Ferry to Holden Beach. At the fish house, he will review the trip tickets and determine what trips to sample. John records length, weight, and sex of fish, and collects aging structures, and trip information. When fishing is good, he will visit up to three or more fish houses a day before heading back to the office to code data. John also is a member of the Striped Mullet Plan Development Team (an internal division workgroup) and can often be found reviewing documents for the Striped Mullet Fishery Management Plan. During field season, days can start as early as 5:30 a.m. and can go as late as 8 p.m, depending on the tide. Most field days start at the boat yard in Belville, where the crew is briefed and the boat is prepared for the day. Most samples are worked up in the field; however, some samples are brought back to the office for further processing depending on the needs of the program. Most weeks end on Friday, but often John can be found working fishing tournament or independently tagging fish on his own on the weekends. The work is never done!