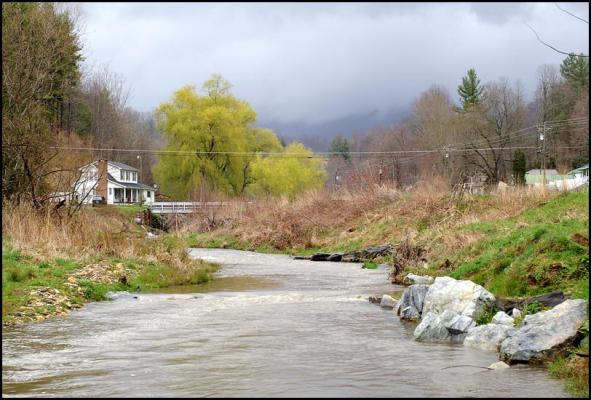 The total area of the Watauga River basin in North Carolina (the second-smallest river basin in the state) amounts to 205 square miles and includes six fourteen-digit hydrologic units (HUs) and a single eight-digit catalog unit (06010103). The Watauga River and its major tributary, the Elk River, flow northwest into Tennessee, where they both enter the Watauga Lake Reservoir. The Watauga and Elk River headwaters begin along the flanks of Sugar Mountain and Grandfather Mountain in southwestern Watauga and eastern Avery counties, a few miles southeast of Banner Elk.

The North Carolina portion of the Watauga River basin is located within the Blue Ridge physiographic province of the southern Appalachian Mountains ecoregion. The basin encompasses portions of two counties (Watauga and Avery) and includes six municipalities (Banner Elk, Beech Mountain, Boone, Elk Park, Seven Devils and Sugar Mountain). The estimated total population in the basin in 2000 was approximately 23,700, and this is projected to grow to approximately 26,500 by the year 2020.
Overall land cover in the North Carolina portion of the basin is approximately 78 percent forested (including wetlands), 14 percent agricultural and eight percent developed. Developed land (and associated impervious cover) is concentrated primarily along major transportation corridors in the basin and within and surrounding the six municipalities. An increasing number of residential subdivisions and vacation homes will inevitably increase the amount of impervious cover (and associated water-quality threats) across the basin.
This RBRP represents an update of the original document developed in 2002 by DMS precursor, the N.C. Wetlands Restoration Program. The 2002 plan selected only one local watershed to be targeted for stream, wetland and riparian-buffer restoration and protection efforts in the basin. The 2009 RBRP adds two new Targeted Local Watersheds, giving an updated total of three TLWs in the basin in North Carolina.