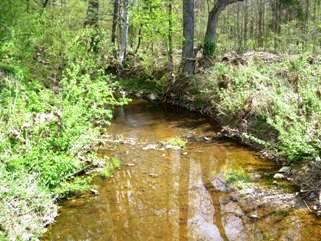 Impaired streams are those streams not meeting their associated water-quality standards in more than 10 percent of the samples taken within the assessment period. The basin contains several rare and endangered aquatic species such as mussels, as well as state-designated Significant Aquatic Habitats and historical sites such as gold mines and an ancient Native American mound site.

By 2030, population for the portion of the basin located within North Carolina is expected to grow from the present approximately 2.7 million residents to more than 3.9 million residents, a roughly 47-percent increase, and most county populations in counties wholly or partial contained in the basin will grow significantly. County growth rates over this period range from slight decreases in Richmond and Anson counties to a staggering 184 percent increase in Union County. If development patterns follow the trends expected, urban land use may increase by over 350 percent in Union County by 2030.
Cabarrus, Davie, Iredell and Mecklenburg counties are projected to nearly double in population over the same period. Such an increase in developed land poses a significant threat to water quality and stream health because it will be accompanied by a similar increase in impervious surfaces. The housing, roads and other infrastructure needed to accommodate this growth will also put a strain on the environment and impact streams and wetlands.
In 2003, 54 hydrologic units were targeted in the Yadkin-Pee Dee River Basin Watershed Restoration Plan. In the 2009 updates, an additional 37 HUs were newly identified as Targeted Local Watersheds, and two HUs had their TLW status removed. In total, 89 HUs are highlighted as TLWs by DMS in the 2009 RBRP.