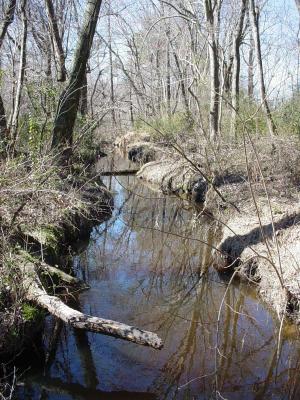 The Neuse River basin includes four CUs -- 03020201, 03020202, 03020203 and 03020204.  This expansive basin originates in Person and Orange counties, flowing from the Piedmont to the outer Coastal Plain.  The river is essentially freshwater from its headwaters to New Bern, where it broadens and assumes estuarine characteristics.

This basin is more than 6,200 square miles, including both land and open water. The Neuse watershed contains 77 incorporated municipalities, including all or portions of the cities of Raleigh, Durham, Smithfield, Wilson, Goldsboro, New Bern and Havelock; it also includes an abundant number of towns including Butner, Wake Forest, Cary, Clayton and Kinston.  The four CUs encompass 188 14-digit hydrologic units and contain part or all of 18 counties, eight in the Piedmont and 10 in the Coastal Plain.

Based on an assessment of existing watershed characteristics and resource information, EEP has developed restoration and protection goals for the basin’s four CUs. General goals for all CUs are to: